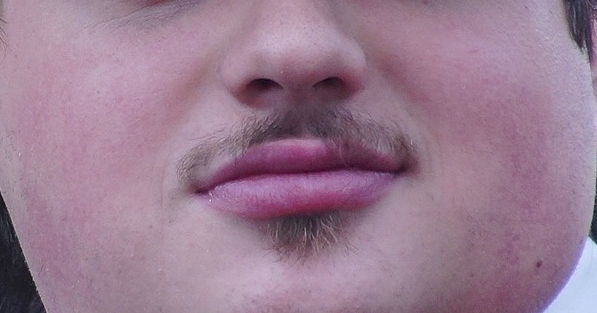 CAMAS, WASHINGTON—Police in Camas, Washington say they originally thought they’d apprehended a pedophile on Chute mountain bike trail, but later learned it was just another Portland-area mountain biker with a mustache and a bad haircut.

“Honestly, the guy has a half-mullet, a creepy mustache, and he was driving a windowless white van,” said Camas Police Sergeant Roscoe Bacon. “What the fuck were we supposed to think?”

The mountain biker, 26-year-old Moe Lester, of Portland was shocked when police approached him.

“Just because I fit the exact profile of a pedophile, it doesn’t mean I diddle kids,” he said “Right now, cool people only look like they want to have sex with children. If I really wanted to do that, I would have become a Boy Scout leader.”

According to Bacon, unironic mullets and mustaches are becoming more popular with mountain bikers and Portlandians in general, to the delight of actual pedophiles, who can now stalk children almost unencumbered in Portland.

Lester’s girlfriend of four years, Zoe Fallen, said she finds his mustache and mullet hideous and she’s tried to convince him to shave and get a decent haircut, or at the very least grow a goatee.

Bacon concurs, saying there aren’t too many people who can pull off the stache without looking like a sexual predator.

“Sure, some men look rather handsome with a mustache,” he said. “And by some men, I mean Tom Selleck. Everyone else looks like Michael Cera when he was photographed wearing that God-damned bucket hat.”

Lester was released without charges, but the case still troubles Bacon.

“I’m not sure where this trend is headed,” he said. “But I know where it started…with pedophiles.”