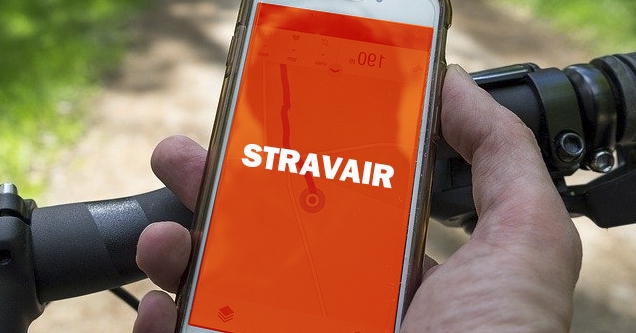 The new app, called Stravair, will track amplitude, jump distance and airtime, giving riders a tool with which to compare themselves to others while also allowing them a commensurate opportunity to act as dickish as their cross-country counterparts.

“We think everyone deserves the opportunity to subjugate all nearby trail users to their will by simply yelling Strava—or in this case Stravair,” said Strava Public Relations Coordinator Richard Hedman. “Furthermore, Stravair will let you know if you’re the shittiest rider in your area and pressure you into attempting things you have no business trying.”

Using technology similar to the Strava speed tracker, Stravair will automatically engage and track freeriders and dirt jumpers any time they leave the ground. With precise GPS measurements, it will calculate amplitude, jump distance and airtime to within a random number of feet users can post on social media and brag to their friends about.

The app will initially be available for iPhone users only, giving them the opportunity to be twice as elitist as Android users. A shittier Android version will follow when enough people complain.

Hedman said he hopes Stravair will fill a void in a traditionally resistant market segment whose criticisms of the original Strava app run deep.

“More than anything, we were tired of these guys making fun of us,” said Hedman. “With proper marketing, we feel we can turn any biker into a Stravasshole, regardless of their riding style.”

The Stravair app will be available on Tuesday, June 9, 2020.