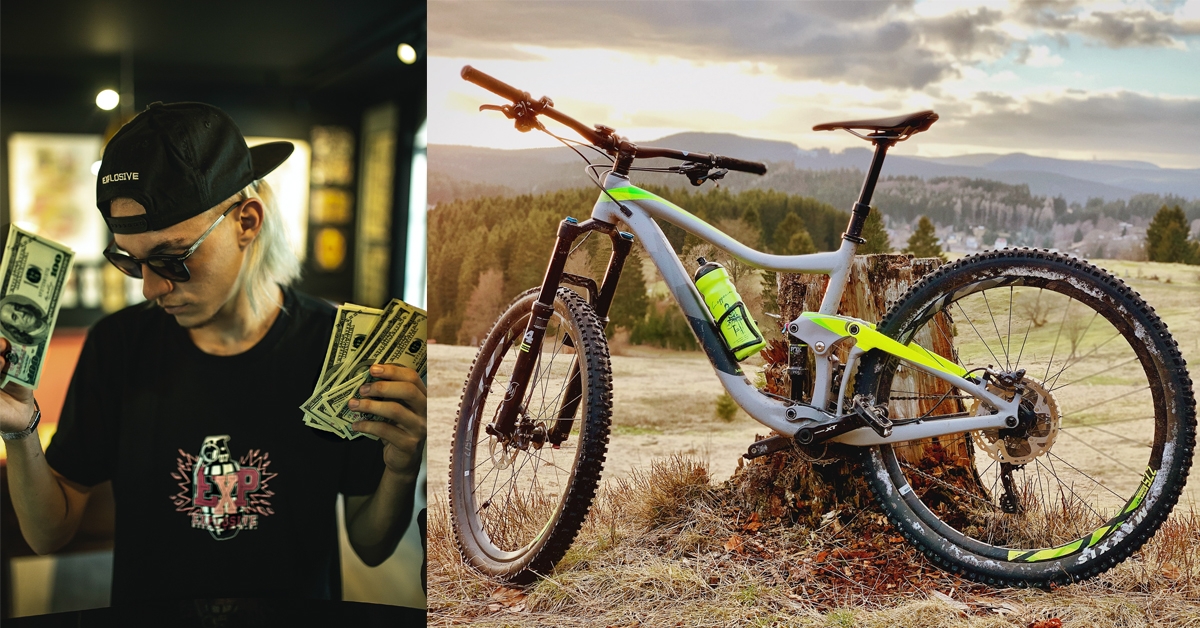 BOULDER, CO—A Boulder, Colorado mountain biker says he plans on purchasing about $15,000 worth of mountain bike gear with his $1,200 federal economic stimulus check.

“I’ve been thinking about this free stimmy money since I lost my job doing floor sales at the bike shop,” said Ashton Roostfoot. “I still get my 20% discount so I should really be able to stretch those dollars.”

Roostfoot’s girlfriend, Sarah Sensabol, an unemployed waitress, said she’d rather Roostfoot save the money for rent, a decision she calls more responsible, and she also expressed concern that Roostfoot may not have even a minuscule grasp of basic mathematics.

“So far, Ashton has told me he’s going to buy Industry Nine Hydra hubs, a 1 UP rack, TRP G-Spec brakes, an XX1 Eagle groupset and a Troy Lee Designs D4 helmet—just to name a few things—all with $1,200,” said Sensabol. “These few things alone would eat up both of our checks.”

Roostfoot confirmed his intention to buy the items listed by Sensabol, adding he’ll easily be able to afford them after he takes her check too. He also added a Fox Factory 38, a Push Elevensix shock, a RockShox Reverb AXS electronic dropper post and several other high-dollar items totaling roughly $15,000 to the list.

While many Americans, especially mountain bikers, are welcoming the stimulus money, some are worried about the long-term economic impact of the stimulus. Roostfoot was blunt when asked about the future implications of such a large stimulus package.

“I’m not sure, nor do I care about the economic implications of a program like this,” he said. “I’m ordering a Synchros integrated handlebar so I couldn’t be happier.”

According to an analysis of Facebook statuses and mountain bike group pages, the $2 trillion stimulus package will result in approximately $8 trillion in mountain bike-related purchases, while also costing property owners and banks billions when mountain bikers fail to make rent payments.

“They call it stimulus money. What’s more stimulating than new bike stuff?” said Roostfoot. “I gotta go talk my girlfriend into a joint checking account before my checks arrive.”