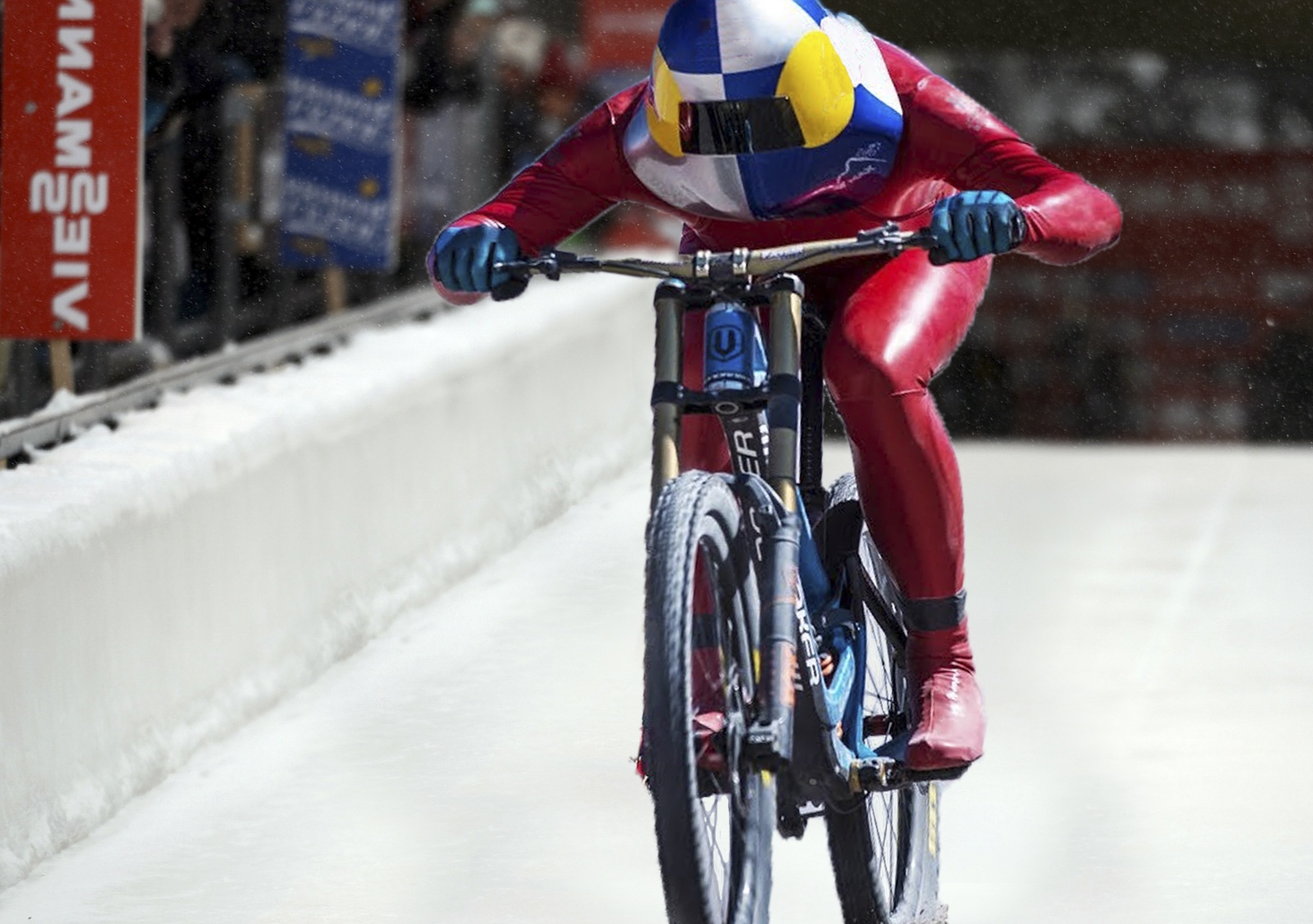 PARK CITY, UTAH—Members of Downhill Entertainment and Death (DEAD), a Park City, Utah action sports group, are hoping to capitalize on those with the ultimate death wish by blending elements of downhill mountain biking and bobsledding in a new sport called bikesledding.

“We were looking for something even dumber than wingsuiting,” said DEAD Board President Slade Slater. “It was geniously pointed out in our last meeting that downhill mountain biking and bobsledding—which are both inherently dangerous—could be way more dangerous if they were combined.”

According to Slater, participants will ride a downhill bike with metal-spiked tires down modified Olympic bobsledding runs. Sections of the fastest straightaways will be removed and replaced with gap jumps, he said.

“Riders will hit some of the  jumps at 80 to 90 miles per hour, most likely sending them off the track into whatever objects surround it” said Slater. “With consistent participation, we anticipate mortal injuries for 100 percent of the riders.”

Slater said competitor safety equipment will be limited to teardrop-shaped aerodynamic helmets and rubberized skin suits to keep speed–and show ratings–high. Beyond that, no pads whatsoever will be allowed.

“Fatality is more or less inevitable. Whether that occurs when a spiked tire punctures someone’s jugular, if a rider slams into a wall at 80 miles per hour, or if they simply die from a heart attack due to pure terror is yet to be seen,” said Slater. “What we do know is that it will be fun as fuck right up until the participants’ demise.”

Other highlights of the sport, which will be documented by Discovery Channel in a show called Deadliest Crash, will include tandem runs and mass-start events with multiple racers, both of which should up the fun and carnage, according to Slater.

“There are a lot of people out there who are bummed on dying alone so we got creative and figured out ways to turn this into a massacre to suit their needs,” he said. “By including additional riders,, we’ve been able to provide this subset of the population with a more joyous doom.”

Slater added there will be a brakeless race, and possibly a rigid race as well.

“We’ve considered every conceivable way to make this as dangerous as possible,” he said. “The real shame is that most people will only be able to do this race once before they break their neck, back and legs and die from blunt force trauma.”

Slater said DEAD will begin test races this winter. When asked if he planned on participating he replied with a definite no.

“Fuck that,” he said. “This is by far the most idiotic idea ever imagined, but it should be fun to watch and a great time for competitors right up to the second they inevitably die.”