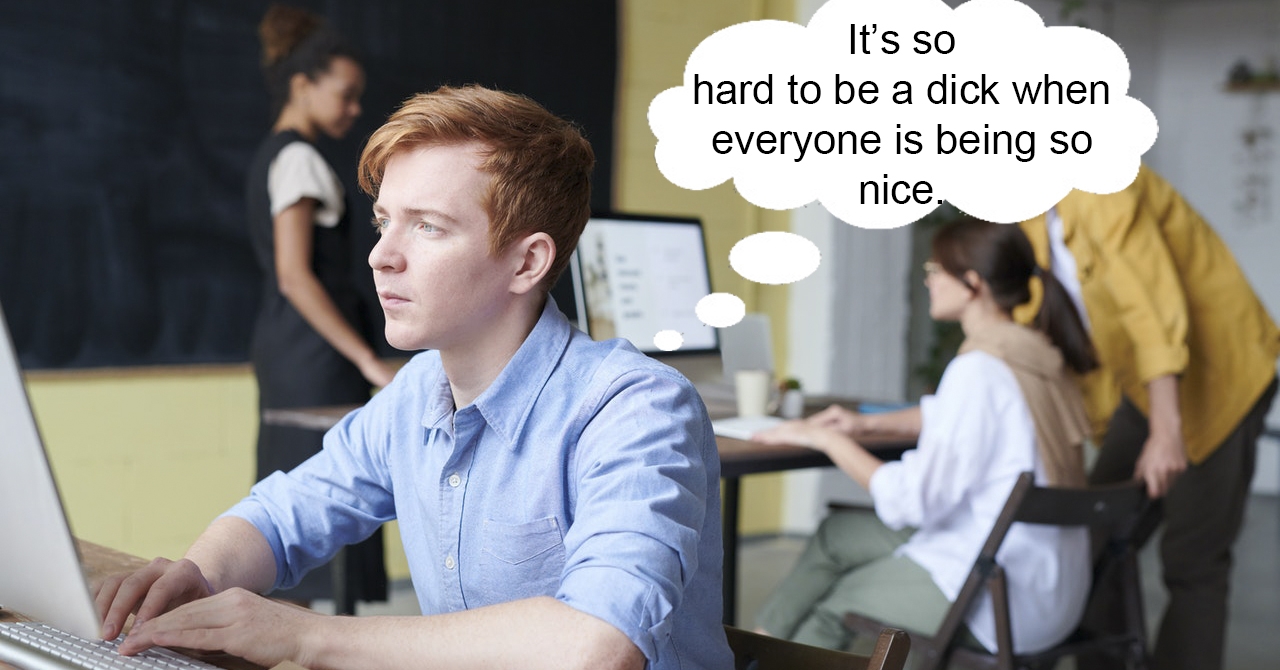 KAYSVILLE, UT—A Kaysville, Utah man and dozens of others across the country are upset they can’t make negative Facebook posts after uneventful trail experiences during the COVID-19 pandemic.

Richard Rabble reported he rode a multi-use trail yesterday, encountering bikers, eBikers, runners and dogs, all of whom were courteous and observing social distancing, giving him nothing to bitch about in mountain bike forums.

“I sure miss the good ol’ days when bikers were chasing KOMs, uphill riders were throwing elbows at downhill traffic, hikers were stuffing sticks in bikers’ spokes, dogs were biting every human they came in contact with, eBikers were running everyone off the trail doing 20 miles-per-hour uphill and everyone was yelling at everyone else,” said Rabble.

In another instance, a cross-country rider continued his ride without judgement after being passed by an eBiker on a climb.

“I just want to hate something or someone so bad,” said Rabble. “It really sucks when people are so nice.”

Editor’s note: Soon after this article was published, several mountain bikers, hikers and trail runners encountered huge piles of horse shit. Hikers and runners, angry after stepping in it, along with several mountain bikers, who had feces flip into their mouths, immediately united and created a new Facebook group called Equistrians Still Suck. It already has 69,000 members.

MTBSniper contributed to this report.