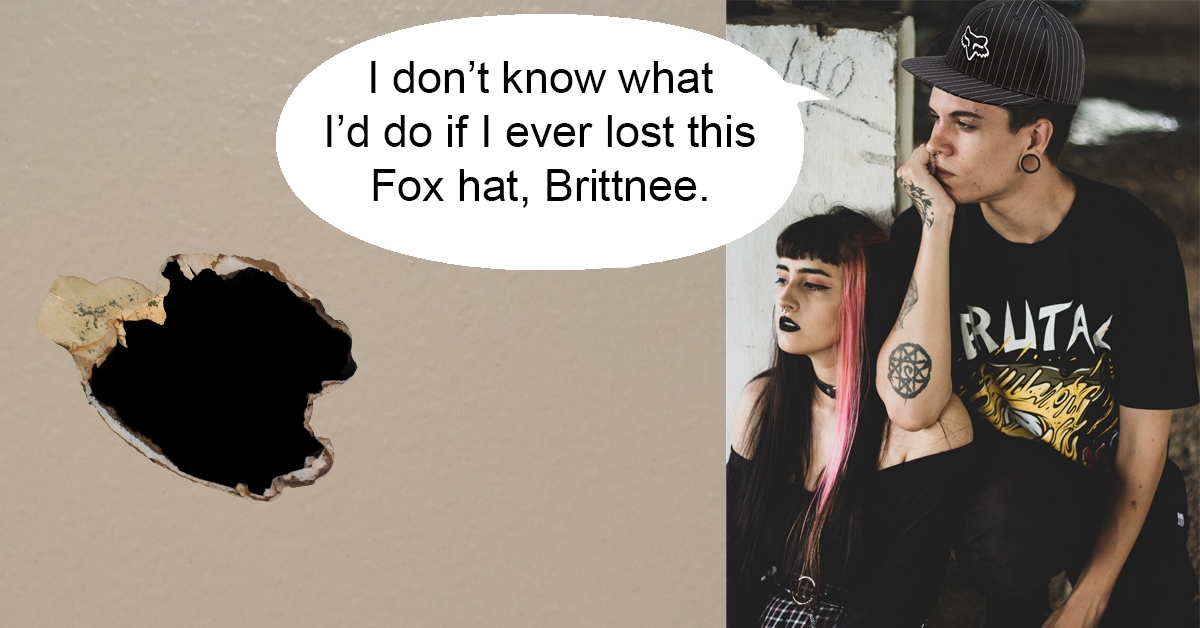 FAYETTEVILLE, AR—A team of University of Arkansas scientists say they’ve finally discovered why Kyle has been punching holes in drywall.

“It appears Kyle has oppressed the memory of losing his flat-bill, pinstriped Fox hat, and is going around punching holes in drywall in a subconscious search for it,” said Dr. Harry Dikkenbalz, the University of Arkansas psychologist who led the study. “Once Kyle has punctured the wall, he’ll ultimately look inside for the hat.”

The project’s biochemistry lead, Dr. Herman Stinyween added that 160 milligrams of caffeine—the amount in one can of Monster Energy Drink—is the exact amount required to trigger the memories, and thus, aggression in Kyle.

“Biologically speaking, we’re not sure exactly how the caffeine interacts with the brain’s synapses, but it seems to somehow subconsciously trigger memories of Kyle’s Fox hat,” said Stinyween. “After a Monster Energy drink is when the search commences and drywall is in real danger.”

Before the study, Kyle’s friends, and even Kyle himself, had been unsure why he randomly punched holes in drywall. While an asshole for doing things like breaking promises to friends and family, vaping nonstop and driving a lowered 1996 Honda Civic with a giant Monster Energy sticker across the entire back window, Kyle has never been particularly violent.

“It makes sense,” said Kyle’s friend and possible baby’s mama, Brittnee Quean. “He’d never punch an actual person. He’s way too big of a pussy for that. I’ve only seen him punch drywall, and it’s only after he’s had an energy drink.”

Researchers say there were also some indications that Kyle is genetically predisposed to punching drywall. The claim, based on a correlation between the ability and desire to grow chinstrap beards and Kyle-like behavior couldn’t be fully substantiated. Scientists said they plan to further investigate the relationship.

Until then, researchers say their initial findings should provide some protection for drywall.

“If you know Kyle is coming over and you want to protect both your drywall and that of others, simply keep a flat-bill Fox hat around and avoid purchasing Monster Energy Drink,” said Dikkenbalz. “We can’t keep Kyle from doing things like shopping at Hot Topic and listening to shitty emo metal, but we can do something to keep our walls intact.”