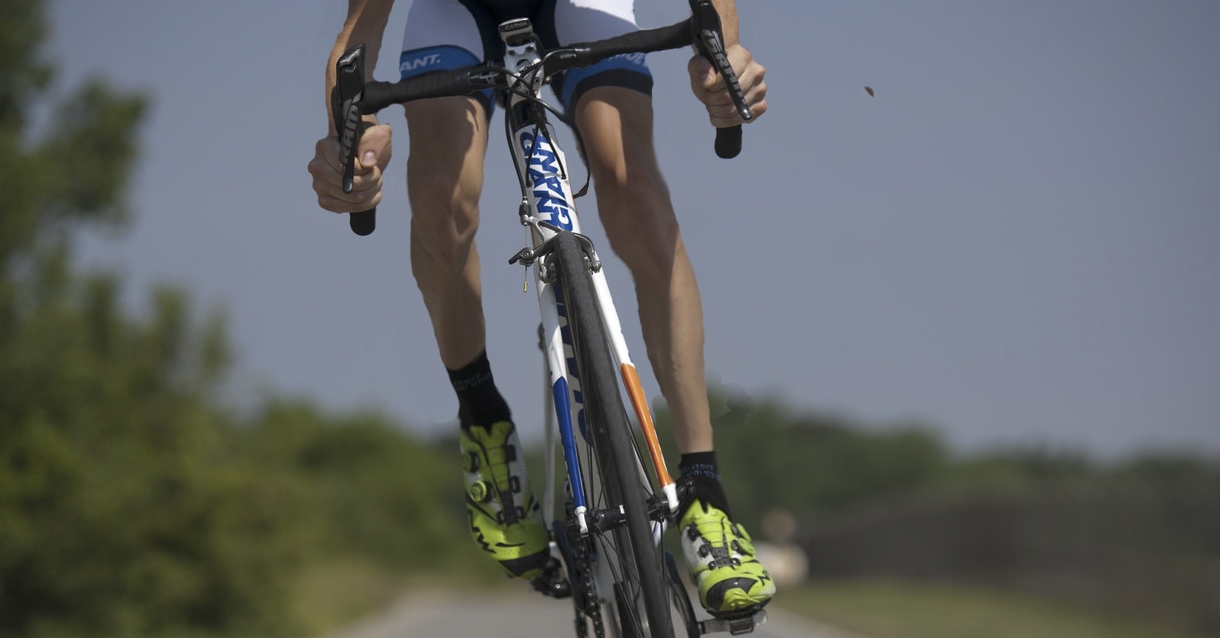 BURLINGTON, IA—A Burlington road biker convinced he’s on a performance diet that includes chewing food and spitting it out to manage his weight actually has an eating disorder.

41-year-old Tobias Eepio says he’s trying to gain a competitive edge by regulating his build so he can win the CAT-1 40–49 Iowa Memorial Cup Race Series and be the best in his age group at not getting paid to ride.

“There is an arbitrary trophy on the line and I’ll chew and spit out all the pizza it takes to win it,” said Eepio.

Eepio said his natural build is a lean and muscular 195 pounds, but he’s committed to a Daddy Long Neck-like emaciation if it means the top of the podium in August.

“I’d really like to drop 50 to 60 pounds within the next four weeks,” said Eepio. “I plan on chewing and spitting out at least two pizzas per day while maintaining a daily 2,000 calorie deficit.”

Eepio said he found his diet on “Wheelingness to Win,” an extreme road bike Instagram profile page whose bio reads, “You’re already losing by asking how to win.” Training and diet suggestions on the profile include purging anything you eat; training until you literally collapse; riding every day, regardless of fatigue and ignoring “bullshit advice from doctors”—something doctors don’t recommend.

“I’d highly advise against inanition as a performance or any diet, but what the fuck do I know?” said doctor and nutritionist Wolf N. Vittles. “I only went to school for eight years to learn about the human body and I don’t even have Instagram.”

Strava data shows that Eepio’s segment times are decreasing while his speed is increasing. However, he’s pissed blood and fainted face down on the kitchen floor on multiple occasions according to his wife, who said she’s often feared he’s dead.

“I have one goal before I die,” said Eepio. “I’m taking that CAT-1 amateur trophy and having my name buried on page seven of the sports section, even if it means my children will grow up fatherless. See you on the podium.”

*Editor’s note: Eepio technically died soon after this interview, but was resuscitated immediately with a syringe full of pure adrenaline his wife found in his jersey pocket. It was labeled “GO FAST SYRUM.”