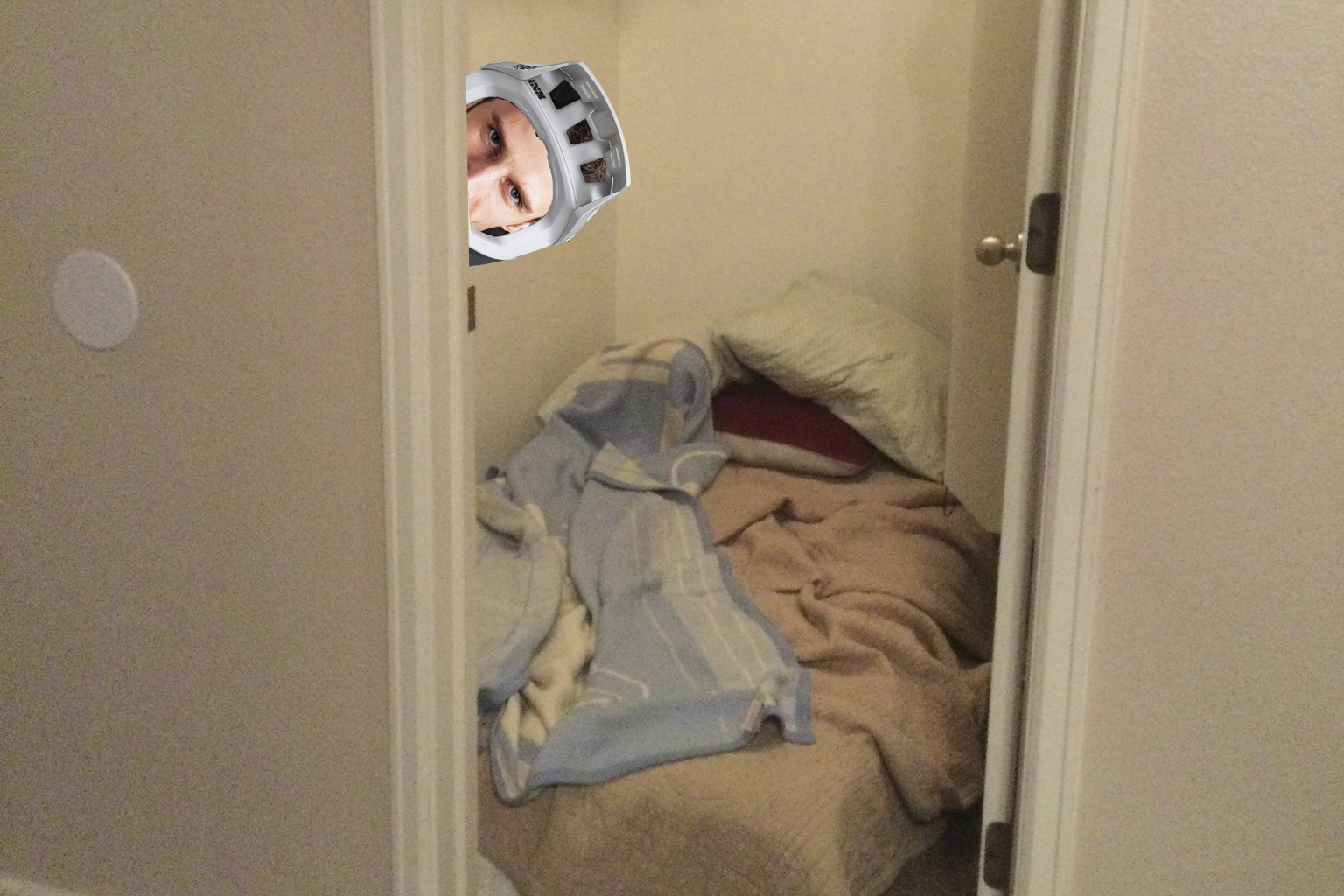 Kip Dozer had a secret no one on the mountain bike trip knew. He wasn’t like all the other bros, and the man sharing a bedroom with him was bound to find out.

“Honestly, it kind of pissed me off when I figured it out,” Kip’s trip roommate Ted Lightsleep said. “When I sleep with another man in my bedroom, I expect him to tell me certain things. Kip should have said something before he made things awkward.”

With hindsight, Kip admits he should have told Ted his secret, saying he knows it affects people differently, and that it would have probably allowed Ted to come to terms with it.

Instead, he surprised Ted, who reacted so harshly that he made Kip literally sleep in the closet.

“When people find out, they seem disappointed, and many of them leave the room,” said Kip. “But Ted reacted even worse by forcing me into a closet. I can’t help myself. I was born this way.”

“I’m not sure why,” said Kip. “I’m healthy and I don’t have any breathing problems. It just happens.”

According to Johns-Hopkins University, 45% of Americans snore occasionally, while 25% are chronic snorers, making the odds of encountering a snorer on a mountain bike trip more than one in four.

Many non-snorers combat snorers with earplugs, white noise like box fans, or by simply leaving the room. Ted’s approach–shoving Kip into a closet–was less subtle, but may serve as popular option in the future.

“I’ve ridden The Whole Enchilada on two hours of sleep because of a snorer. Do you know how fucking terrible that is?” said Ted, who will no longer share hotel rooms on bike trips. “I’m not trying to huck cliffs and hit 40-foot jumps at Rampage sites on less sleep than I’d get during an afternoon nap. Get in the fucking closet.”

While it seemed demeaning at first, Kip said he didn’t mind sleeping in the closet. Aside from the fact he had to lift his mattress to open the door each time he had to piss, the closet wasn’t bad. Meanwhile, Ted got a great night’s sleep.

“I can’t say forcing Kip into the closet was the right thing to do,” admitted Ted. “But I slept great, he slept great, and we both ripped the mountain like gods the following day so it was at least an effective decision.”

Meanwhile, Kip said his feelings were hurt at first, but he understands.

“Is it great having someone coerce you into sleeping in a closet? No,” he said. “But sleeping in there made everyone feel and ride better, and honestly, coming out of the closet knowing I’d made a sacrifice for everyone made me feel pretty damn good too.”