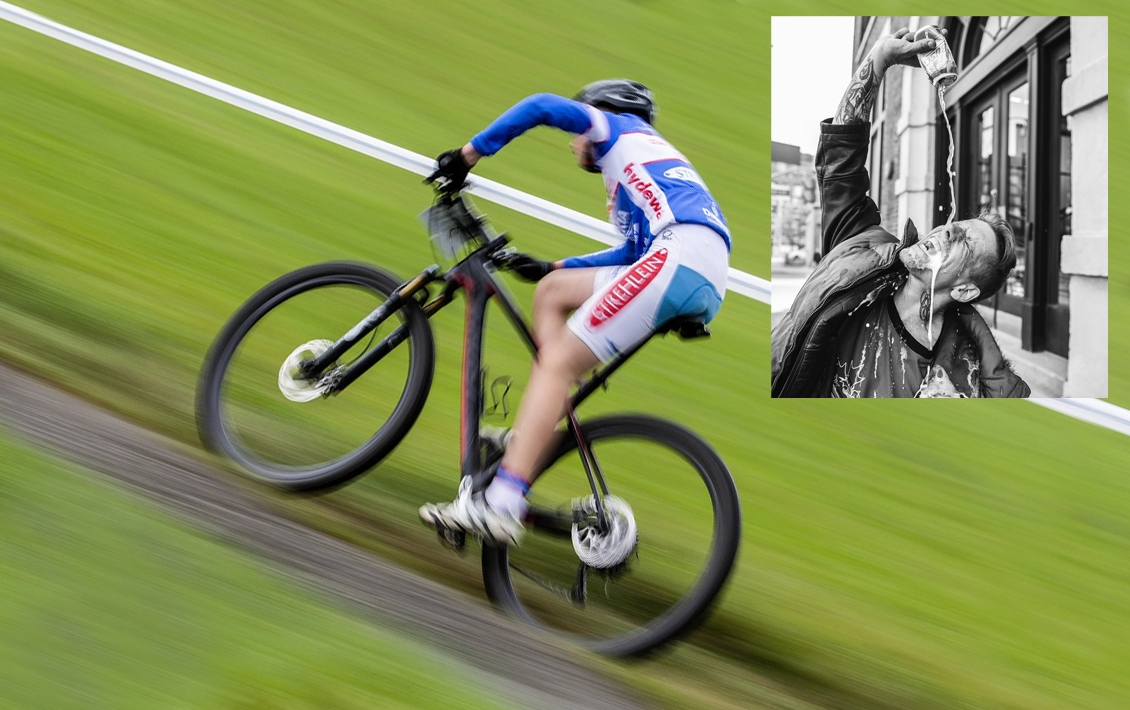 Kashton Whitename said he was just 4:43:27:24 into his ride and fourth climb when a group of e-bikers passed him discussing their favorite post-ride beers, barely breaking a sweat.

“What’s the point of mountain biking if the pedal up doesn’t make you immediately vomit the Clif Gels you just ate,” said Whitename. “It’s almost like these guys are trying to have fun on their mountain bikes.”

Whitename was further outraged at e-bike technology itself, suggesting his perspective on mountain biking is the only one that matters.

“E-biking isn’t biking at all. It’s cheating, plain and simple, and it takes the human strength and endurance element out of the equation,” he said as he injected EPO straddling his 19-pound Scott Scale RC 900 SL.

Whitename and other purists in the mountain bike community have expressed displeasure with the growing popularity of e-bikes, not only calling their riders cheaters, but also suggesting the bikes’ uphill speeds are a serious threat to safety.

“That motor makes e-bikes way more dangerous than the unbreakable trance I enter when I’m climbing,” he said.

Wearing colorful lycra racing gear with his jersey unzipped down to his pubic bone and his balls bulging from his shorts, he also noted that the bikes are odd-looking.

“They just look totally stupid,” he said. “I mean, do they have to look that ridiculous? Look at the down tube.”

Whitename scoffed when asked if he would ever consider riding an e-bike.

“I don’t need a Specialized Turbo Kevonolevo or whatever the heck it is,” he said. “If I want to go faster, I’ll just re-shave my legs.”

Later, back at the trailhead, we asked the three e-bikers who passed Whitename to respond to his claims.

“I actually beat that guy in a race last year,” said Brent Dudeweiser. “Then I got this e-bike, put on 75 pounds, and started getting shithoused every ride. Life is so much better now.”

(Sponch contributed to this report.)