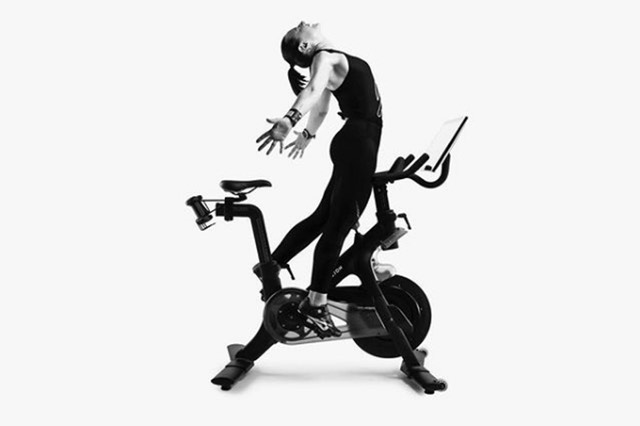 “We do not agree with our trainers’ decision to perform stunts on Pelotons during online classes,” said Peloton Spokesperson Ima Phitmum, “If anything is going to be extreme on a Peloton, it’s going to be a woman’s weight loss in order to impress her husband.”

According to Fitmum, the problem began when the company hired Martyn Ashton and Sam Pilgrim, stars of the Road Bike Party films, as consultants for the trainers. Soon after, a photo surfaced of a female trainer performing a suicide no-hander, a celebratory gesture that followed a particularly challenging simulated hill climb.

Fitmum said suicide no-handers aren’t particularly dangerous on stationary bikes, but they could lead to litigation if used in road races.

“The last thing we need is for someone to learn this maneuver in one of our classes, then perform it during an actual bike race,” she said. “We could be held liable if one of our customers does a suicide no-hander after a climb in a race, causing the entire race peloton to slide off a mountainside.”

While Peloton’s trainers will no longer be allowed to perform suicide no-handers, it may be too late to keep their customers from executing the maneuver.

“I’ve been training with Peloton for three months and the only thing that could make my husband happier than the 125 pounds I’ve lost is a sexy maneuver where I stick my tits in his face,” said Sarah Skinnenbon, Peloton user. “I usually have just enough energy to pull it off before I faint from exhaustion.”