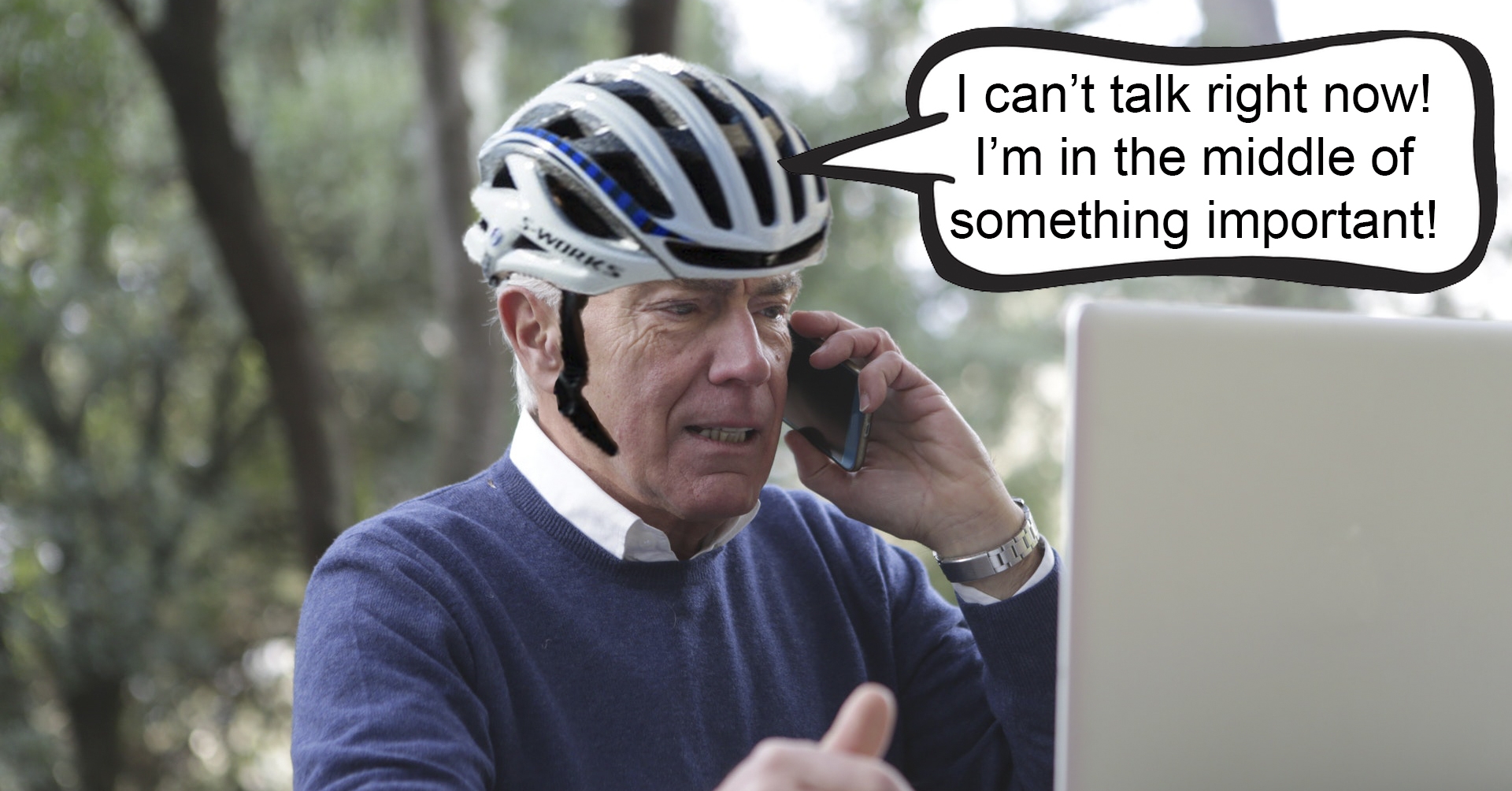 62-year-old Carl Miser was ten hours into his rant in the Tater State Mountain Bikers Facebook group when most people stopped giving a shit about what he was saying, but he pressed on, eventually beating a 2017 record held by someone pissed off about the removal of three rocks that made a trail suck ass.

“I actually had no idea what the hell I was complaining about, I just knew I was angry,” he said. “I figured I was already ten hours into this thing and I’m stuck at home in quarantine so I might as well see how long I could go.”

Other members of the group said they also had no idea what the fuck Miser was ranting about.

“None of us knew what he was so pissed off about, but he wouldn’t stop,” said Mark Shredster, admin of the group’s page. “It was the strangest thing I’ve seen since suspension stems.”

Miser’s training for the rant began with simple humblebrag posts about trail work. He quickly moved on to more challenging and argumentative digital outbursts about people riding muddy trails and leaving litter at trailheads. Eventually, Miser realized he possessed a special talent for Facebook ranting and decided a 24-hour tirade was a possibility.

He said repetition of something that makes no sense was the key.

“You have to go all-in on a single thought and stick to it even if it makes you look like a complete asshole,” said Miser. “Constantly pounding that point, even though it was nonsensical was what got me through.”

Miser didn’t sleep while ranting. Instead, he spent every waking hour hovering over his keyboard, eagerly waiting for the next reply with his hands prepped to respond quickly. He barely ate too, subsisting on only a few jelly beans left in the candy jar on his computer desk.

Miser was supported in his rant by several younger instigative assholes who also had nothing better to do than argue about nothing on Facebook.

“There’s no way I could have done this without those impudent sauceboxes,” he said. “Thank God they’re all as big of losers as me.”

Behavioral psychologist Sigmund Domeshrink warns there will be more people treating each other like shit as stay home orders intensify during the COVID-19 outbreak.

“What you’ve described in this story is nothing compared to the shitshow we’ll see about a month from now,” he said. “I highly advise closing all your social media accounts so you don’t get sucked into all this bullshit.”