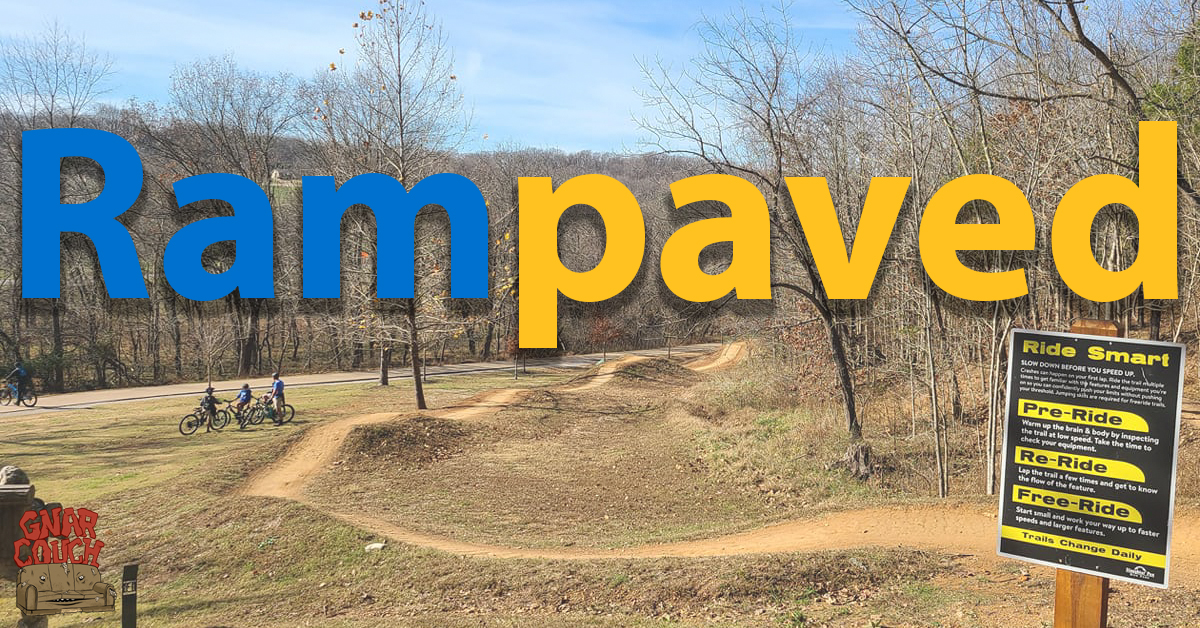 BENTONVILLE, AR—In an effort to prove their slogan “The Mountain Bike Capital of the World” is more than marketing hype, Bentonville, Ark. will be hosting the first-ever Rampaved freeride mountain bike event, sponsored by Ol’ Glory energy drink.

“This is going to be an exciting event, but not too exciting because that would be dangerous,” said Rampaved and MTBentonville Spokesperson Mark Etting. “What we lack in elevation, technical aspects, heritage, quantity of trails, skill, lift service, pirate lines, professional riders and manufacturers, we make up for in slogans, smooth trails and Club Ride shirts.”

According to event organizers, 16 competitors will be chosen by the Walmart public relations department following a grueling challenge that includes clearing all the tables at Slaughter Pen, hitting the “12-foot-tall” six-foot-tall drop at Coler, and downing a half-dozen Sam’s Club Pizza Pretzels.

With competitors having already hit the biggest jumps and drops in Bentonville, Rampaved will begin at Walmart Store 100, leisurely head uphill on city streets, and eventually end at the All American trailhead at Compton Gardens. Kent Bicycles will sponsor the following awards ceremony, where the world-famous Peopleofwalmart.com Calendar Girls will be waiting to douse winners with three-liter bottles of Mountain Lightning.

“Rampaved will be the best thing to happen to mountain biking since Bentonville, and that’s the truth because we said so,” said Etting, adding that he just applied for the copyright to the slogan “Freeride Capital of the World.”

Tickets can be purchased online at walmart.com, in bulk—$69 for 420—at any Sam’s Club or come free with any Kent, Mongoose, or Hyper bike purchase from Walmart. Free Ozark meth, a case of Member’s Mark Breaded Cheddar Cheese Stuffed Jalepeno Poppers and an “MTB Captial of the World” half-shirt will be included with each ticket purchase.

Bentonville Looner contributed to this report.