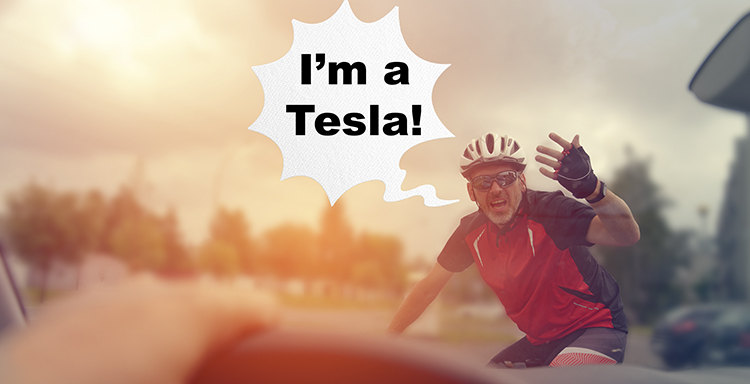 In a movement sweeping country roads, canyon drives and city streets across the nation, cyclists are eschewing the title “road biker” in favor of the updated “vehicular-identifying person (VIP).”

VIPs, as they often refer to themselves, say they’re tired of being devehicularized and failure to acknowledge their identities constitutes a hate crime.

“We’re actually vehicles and we should be treated as such,” said Todd LeNerd. “Some of us identify as Teslas, while others are Toyotas. I even know one person who is an ambulance, but the vehiphobic people on the road refuse to make way for him.”

Many VIPs support legislation that would make failure to acknowledge their identities a criminal offense. VIP support rallies are planned nationwide this weekend, with larger-than-usual packs of VIPs expected on roads across the US.

“You’re really going to have to plan ahead, like way more than usual,” said Officer Meg A. Slack, a patrolwoman in the popular VIP gathering spot of Emigration Canyon, just outside of Salt Lake City, UT. “VIP hive mind mentality is extremely strong in small groups as we know, but it expands exponentially and becomes increasingly annoying with every cyclist above two or three.”

VIPs say all they want is the recognition they deserve.

“No one made us this way. We were born vehicles,” said LeNerd. “To deny us of our vehicular identities is to deny us of our rights. All we want is a more just, fair world where human beings can be recognized as cars, trucks, vans, emergency vehicles and the occasional Oscar Mayer Wienermobile. Is that too much to ask?”