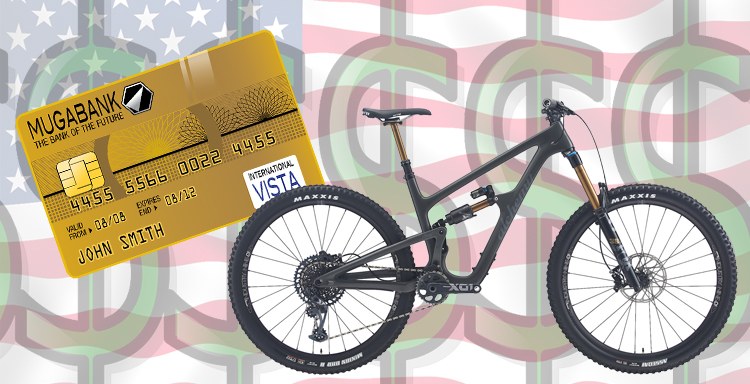 As mountain bikers across the country prepare for the long Fourth of July weekend, one Golden, Colorado rider is gearing up for America’s birthday the most patriotic way possible: by going into debt for a new bike.

Mike Dettmore, an avid Front Range mountain biker who lives in a one-bedroom apartment with two other people, can barely contain his excitement for the weekend after being approved for a credit card for a 2022 Alchemy Arktos 150.

“As a barista living with a microbrewery bartender and an unemployed grad student, I couldn’t think of a better way to spend $225 a month for the next five-and-a-half years,” said Dettmore as he packed his 2004 Subaru Forester for an Independence Day weekend trip to Crested Butte.

Banks across the country are generating more personal loans and credit cards for mountain bikes and other items pre-Gen-X generations used to save for, according to documents recently released by institutions that create money out of thin air. Inflation attributable to nothing determinable, according to politicians, is also fueling the debt trend, which bankers deny is making them rich and everyone else poor.
Dettmore said financing his bike is actually a win-win.

“There is nothing more patriotic than going into insurmountable debt when you can already barely afford your basic living expenses,” he said. “I get a bike, and a shadowy cabal of financiers get control over my life from now until the day I die.”