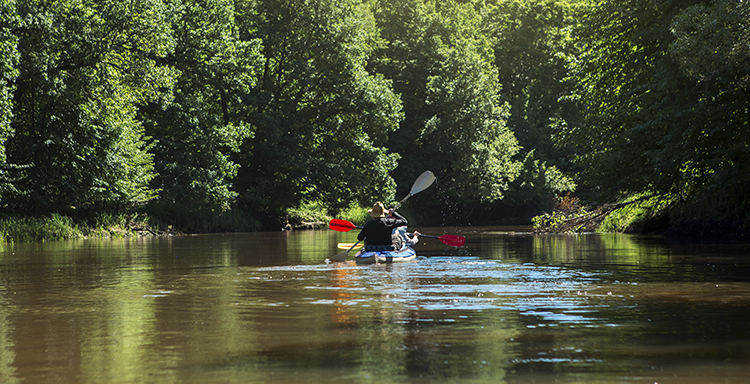 A heated debate whether or not to row or wade up to lake and river take-out points has water enthusiasts across the country on edge.

Waders have been decrying the difficulty of rowing to the shore in shallow water, while rowers are lamenting the thought of getting their feet wet or stuck in mud as they deboard watercraft.

The argument was particularly impassioned in the case of two men as they drunkenly looked for dry land to shotgun Busch Lights and piss on the Missouri’s Black River.

“My body of water, my choice,” said Rivers Lakeston in defense of rowing to the shore. “If God intended for us to get our feet wet, he would have webbed them.”

“It’s not like the right to dry feet is specifically enumerated in the Constitution,” replied Wyatt R. Mavin. “Quit being lazy and take some responsibility for getting the boat out of the river so I can get drunk enough to drown in it.”

Most proponents of rowing to shore say they have no intention of changing their minds in the row vs. wade debate, with those in favor of wading to shore equally stubborn in their sentiment.

“If it comes to it, I’ll water fight. I believe very strongly in my opinion, ” said Lakeston.

“I certainly don’t want it to come to that,” said Mavin. “But I’ll splash the shit out of this guy if I have to.”