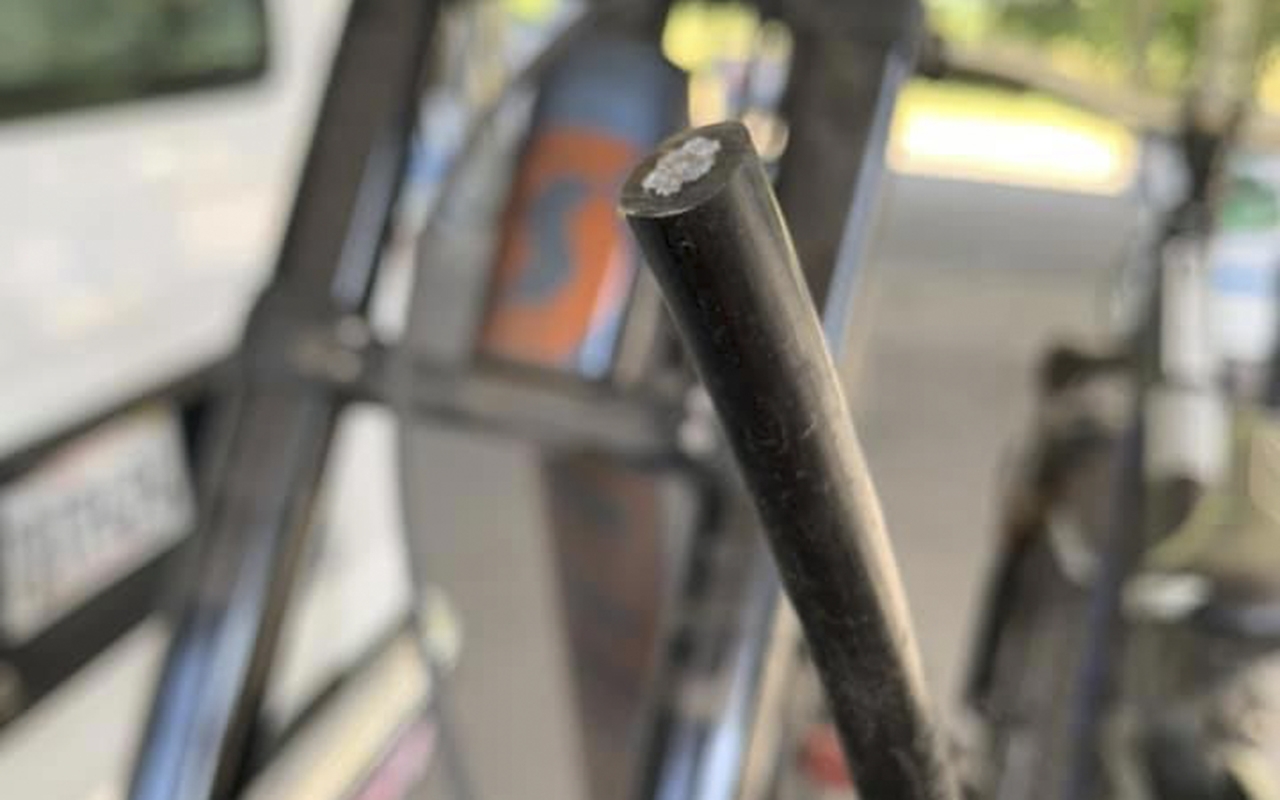 I’ve noticed an increase in bike thefts over the past few years. It seems like having your bike stolen is becoming more popular. Is there anything I can do to increase the chances of my bike being stolen?

There are eight things you can do that I’m aware of to ensure your bike is stolen quickly and effectively, but only eight exactly. No more, and no less.

1: Go for artisan pizza after your ride.

Generally speaking, you should choose a wood-fired pizzeria in an up-and-coming, gentrified neighborhood. You want to make sure there are just enough overpriced restaurants balanced with drug addicts who haven’t been vacated from the neighborhood yet. A ratio of two homeless encampments to each pizzeria selling eight-inch pizzas with toppings like feta, arugula and artichokes for $18, as opposed to 14-inch sausage and pepperoni pizzas for $12 is optimal. Make sure you leave your bike on the rack to virtue signal your indifference to the reality that it’s about to get stolen. This leads to our next tip.

Rationalize leaving your bike in plain view in a busy urban environment by securing it to your rack with your one-quarter inch lock. Suppress any logic telling you that cable cutters are available at Harbor Freight for $20 and leave your bike clearly visible. When your bike is stolen, let stupefaction take hold first, then move on to sadness and anger.

3: Store your bike in a structure detached from your house.

One of the most important things you can do to ensure that your bike is stolen is to store it somewhere other than inside your house. Detached garages and sheds with no security features and minimal locks are optimal. The farther you locate your detached structure from your house, the better. Assume locked garage (or shed) and entry doors are enough to deter an intruder. After all, your bike is only worth $4000, and very few street criminals are willing to kick in a door for such a small return. It also helps to never lock your bike to something inside your garage or shed. Just lean it against the wall, the lawn spreader you bought in 2006 but never used, or another valuable bike. To increase the chance that your bike is stolen, just leave the doors unlocked, or perhaps leave them open. If you choose the latter, do so during the day so you sound extra surprised your bike was stolen when you post about it in Facebook groups.

4: Post photos of your bike and your STRAVA rides online.

Research shows it’s very difficult for bike thieves to gain access to online bike groups so it’s nearly 100% safe to post photos of your bike and information about every single ride to your group. It’s best to post info that allows easy access to your home address. To make the most out of social media, share this information on as many platforms as possible.

5: Live in the Suburbs

Living in the suburbs will strengthen your resolve that bad things can’t happen to you, making it easier for you to have your bike stolen. Shielding yourself from the realities of urban life while complaining on Instagram about the difficulty of parenting is an extremely effective way to construct an inaccurate understanding of life in the city, where most bikes are stolen. It’s particularly helpful to reject the notion that any person could harbor any ill intent toward you in the name of political correctness, despite the fact they’re obviously criminal. This leads to tip number six.

It is inappropriate and even prejudiced to assume someone may steal your bike based on appearance or behavior. If you notice a guy in oversized Dickies covered in dirt, wearing a peacoat in July, holding cable cutters peering suspiciously around the corner as you lock your bike on its rack, do the compassionate thing and go about your business without worry. Peacoats on 96-degree days are trending, and cable cutters are diverse tools that could be used for activities other than cutting bike cables, like smashing car windows to steal backpacks and pocket change. Pretend you have nothing to worry about.

7: Just leave your bike unlocked while you do something else.

There are a number of things you can do while leaving your bike unlocked, including “quickly” running into a coffee shop for a $7 latte, enjoying meatless omelette at a vegan restaurant, riding another bike at the bike park, having the hairdresser re-shave your undercut, buying overpriced IPA beer from a local brewery, etc. You can even sit in your own backyard dipping veggie straws in fry sauce, completely oblivious to what may be happening in your front yard, where your bike rests unguarded. What exactly you choose to do is less important than the fact that you ignore the possibility of your bike being stolen.

Children are great at leaving doors open, forgetting to put things away and being irresponsible in general. They can nearly double the chance your bike will be stolen, according to recent research. And, when your bike is stolen, you can shift all the blame to them instead of owning the fact that you failed in your attempts to instill any responsibility in them whatsoever.

I certainly hope this guide helps you in your future endeavors as a bike theft victim. I’m looking forward to future forum posts about your stolen bike.