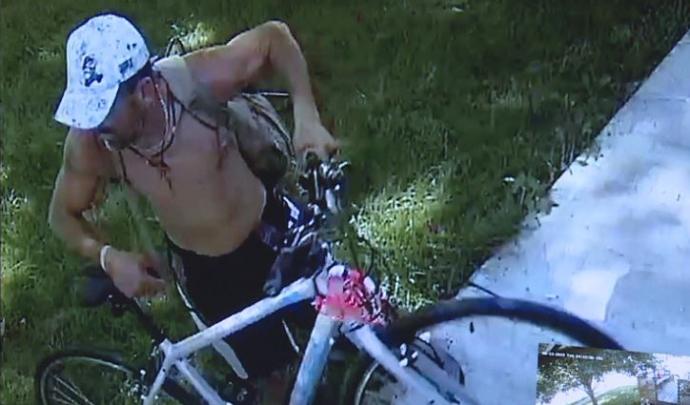 SALT LAKE CITY—A Salt Lake City man who often criticizes others for profiling when they post photos of meth heads on stolen bikes recently had his bike stolen by a meth head, but he’s denying that reality in the ultimate virtue signal.

Naivé Gulibalé said a photo depicting a man wearing dirty jean shorts, boots with no soles and a blanket with holes cut in it for a shirt—riding a custom $9000 2019 Specialized Stumpjumper S-Works exactly like his missing bike—isn’t necessarily evidence that the man stole his bike, nor is it evidence the man is riding his stolen bike.

“We can’t simply assume because he’s riding a bike exactly like mine, that he is actually riding my bike,” said Gulibalé. “It’s just as likely he spent all his money on an exact copy of my bike, and that’s why he can’t afford an actual shirt.”

Gulibalé further explained that being sensible about bike theft marginalizes an already vulnerable population before placing a meth awareness frame on his Facebook profile photo, in which he’s wearing a protective coronavirus mask. When asked specifically how he helps meth addicts, he responded, “Didn’t you see my photo frame?”

Gulibalé admits that every aspect of the bike in the photo is similar to his stolen bike. He said the bike in the photo appears to have blue Canfield Crampon pedals, a scratch on the right side stanchion on the Fox Factory 36 and a sticker bearing his name. However, the bike may not be his, he said.

“Perhaps this gentleman’s name is also Naivé Gulibalé. We can’t rule that out,” said Gulibalé. “And despite the fact that the guy riding this bike lives under the I-80/15 freeway overpass, he may very well have the means to purchase $150 pedals.”

As for the scratch on the fork, Gulibalé said it’s likely at some point the guy in the photo was riding the exact same trail as him and crashed the exact same way.

Gulibalé said he flagged the post and had it removed because it was inappropriate and insensitive, and because he doubted the bike belonged to him.

“At the end of the day, I can’t say that the bike in the photo—which has my name on it and looks like mine in every conceivable way—is definitely my bike,” said Gulibalé. “But I do hope someday my bike is found.”